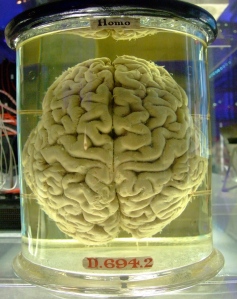 Making zombies can be easy, and fun. You needn’t wait around for the zombie plague to come to your town. Apocalyptic events are unpredictable and hard to rely on. Besides, roving zombies can be messy, breaking your windows, and trotting all over your prized petunias. Finally, the risk of personal infection with your local mob of living dead is high.

No, all you need to create an ambulatory moldering corpse of your very own can be found in your local supermarket and hardware store. You’ll need to create Zombie Powder. Although Haitian bòkòs will use puffer fish venom (the active ingredient being tetrodotoxin), you needn’t go so far. The simple powder of a dead man’s bones will do. How do you acquire such a rarity? Well, if zombie making were simple, we’d be flooded in lumbering dead, wouldn’t we. The remaining ingredients are a bit simpler: lizard, spider, nettle, ground glass, and cashews. Raw cashews are best, as they are poisonous, but the canned variety will do in a pinch. Just be sure you don’t get salted nuts, as your zombie detests salt.

Mixing the ingredients couldn’t be easier. Just dump them all in a food processor. You’ll have some trouble with the bones and the glass. Start by smashing them with a sledgehammer, and work down to a regular claw hammer. Then switch to a mortar and pestle. Once ground up, you can combine them with the other ingredients in a mixing bowl. Be sure to use a spoon or mixer, not your hands. Otherwise your spouse will find you zombified in the kitchen the following morning.

Next you’ll need a willing volunteer, or victim, your choice. No need to strap him down and inject the powder. It can be slipped into food or blown into the face. If you want to avoid a costly burial and subsequent disinterment, plan to have a secure place to deposit the body while it zombifies. A basement with a sturdy lock will do. The process takes a scant eight hours.

When your zombie awakens, he will hunger for brains and internal organs. He will not recognize you as master or creator, only food. In throes of birth pangs, he can be taught. Have a flexible shaft of wood ready (I recommend a 1 x 2 board, maybe three feet long). Call out the zombie’s name and beat him severely along the back and head. Try to avoid the arms, unless you want to cripple him and limit his usefulness. This is why your shaft should be flexible. You don’t want to break any bones. If you happen to have a cane, this is ideal. After about an hour of whipping, you’ll find your zombie more compliant. If he every gets out of line, you’ll need to whip him again, so be prepared.

You’ll need to immediately feed your zombie, as he is famished. Failure to do so is a trust breaker, and leads to a fussy zombie. Again, be prepared. Have a couple of people ready to munch or at the very least some cow brains. This will sate your zombie and make him more compliant.

At this point, making your next zombies is only a bite away. Simply let your corpse nibble on his next meal, but beat him away before he devours it entirely. Within eight hours, your new zombie will rise.

Let me offer a word of warning here. The temptation to create an unstoppable army of dead is overwhelming. But stop and think. Is this really a wise idea? You need to apply severe and regular beating to control your one zombie. How will manage with two, much less a troop of the living dead. Answer, you won’t. You’ll be food for the undead legion and the zombie plague will have begun. Most citywide infestations have had their root in undisciplined zombie practitioners.

Now that you have your zombie, put him to work. Make him rake the yard, clean the dishes, take out the trash. All those chores you never want to do, but feel guilty about letting slide. Your zombie only exists to serve you. And eat brains. Perhaps he leans toward the latter, but if you keep him in steady supply of cerebellums, he’ll do what you want him to.

Where to get the brains? You’ll need at least two to three a day, though you can tide him over with intestines, liver, and the like. Be sure not to bring any brains that will be easily missed — Police, doctors, army officials — as this will call attention to your little operation. If you do get raided, claim your zombie is a pot head and he did it all himself. It doesn’t always work, but it’s that or run for the hills.