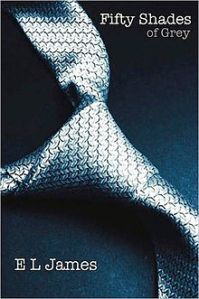 I can see the issue of rating books from two angles. As a teacher, I have to be damn careful what YA books I bring into my sixth grade classroom. Life would be a whole lot easier if I could glance at the rating and determine if it’s even worth adding. Currently, I only add books I’ve personally read and can vouch for. This takes a bit of time. I read slower than ketchup dribbles from a bottle.

Then there’s the writer in me. Would slapping labels on books act as a deterrent to some books with higher ratings (or an attractant, depending on the kid). Is this a form a censorship, as some have said? I disagree with the last point. Just labeling the product doesn’t censor it. Mostly, it limits access.

I certainly don’t think that books need to fall into the categories of movies, where readers will have to pull out an ID to purchase the novel. I would see the system more like what exists now for comic books, video games, and television. An advisory label. That doesn’t bother me too much.

One thorny issue to consider, should this new rating system come to pass, is this: what about indie writers? Would they self rate? Would some rating board come into play? Unlikely on the second count. Who would fund such a board and how could anyone rate the thousands of books that come out daily? That leaves self rating which also means that the authors could play with the rating, raising or lowering, to suit their tastes. Hey, what’s to stop an author from republishing the book with a lower rating if the sales didn’t click the first time? Nothing, really.

This, in itself, points out the ridiculousness of any rating system. In this world of instant publishing, people could circumvent it and manipulate any rating system easily. Even webpages that are supposed to have adult content only ask the user to click OK if they’re old enough. Like that stopped anybody.

What got the ball rolling on this recent round of “rate these books” is the novel Fifty Shades of Grey by E. L. James. Although this is an adult novel, it started as a fanfiction for Twilight, having Edward and Bela take up a quite different relationship than Stephanie Meyers had intended. When asked to remove the fanfiction from the fan site, James simply posted it onto her site. After reworking the book and changing the characters, she published it (to remarkable success).

The trouble is, it’s still linked to Twilight (no officially, mind you) and the novel attracts droves of young adult readers. In fact the movie will most likely garner an R rating, thus preventing many fans from seeing it. So should these fans even be reading it? Maybe not. But would a rating system really stop them?

9 comments on “Should Young Adult Books Be Rated for Content?”