Often I find little nuggets of weirdness that are too brief to warrant their own blog post. I’ve created this forum of the monthly uncanny to give you all the morsels of weird that make a well balanced strange meal. All of these are guaranteed to make you see the world differently.

Photographer Vincent Brady shot this footage of fireflies over the sumer of 2013 in  Lake of the Ozarks (as well as Grand Ledge). Brady comments on the sublime experience: “Being out on the boat and watching as they light the treeline with their all night disco party is just amazing.” Brandon McCoy provided the music.

Do you love vintage science illustrations? Yes. Well so does Fanfarlo. The following video uses Fanfarlo’s “Cell Song” to score a series of vintage images lifted from science journals, encyclopedias, and magazines. They were all animated and remixed into a trippy journey through space, cells and time.

Yes, we’ve finally reached the point where ghosts are using social media. This story comes from the Reddit community No Sleep, a forum for horror stories that supposedly have really happened. Prepare your requisite grain of salt, people. Even if this ghost girl is a hoax, it’s a darned good one and very creepy (I don’t creep out easily).

Check out the postings to the boyfriend’s wall from Emily, the ghostly girlfriend. 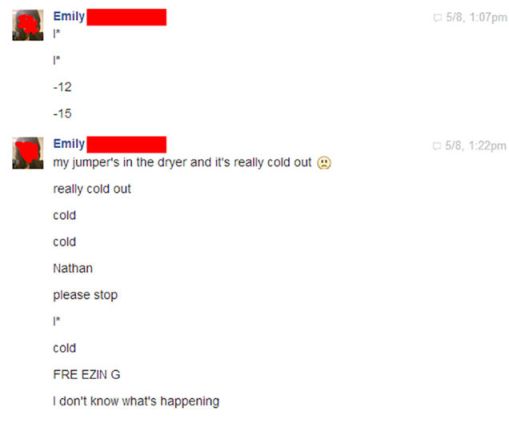 The part about the freezing and the plea to stop have me on edge. See more of the creepy posts at Jezebel.

United States that Never Was

What if the Constitution was never written? What would North America look like? Well, graphic designer Jordan Penny has spent his spare time devising faux maps and currency for the countries that would occupy this alternate North America. 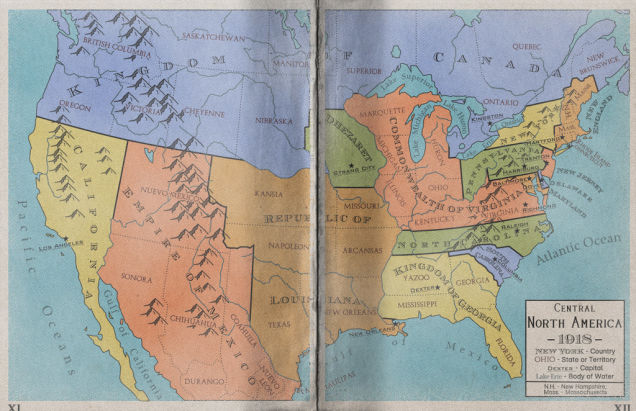 Notice that the Republic of Mexico still has most of its land, minus Texas and California. The Kingdom of Canada gobbled up the northwest states. Then you have the strange states that make up the original thirteen colonies. Under the Articles of Confederation, they would be loosely tied together, yet never as strong as the United States would become. Penny says, “the AoC are never replaced, and the Union slowly devolves into what you see here.” Therefore, each state expanded west to take over the Ohio valley. Look at Virginia, clearly the strongest of the colonies, took over nearly all the territory up to Louisiana.

That’s your dose of weirdness for this month. Remember, strange is the new normal.