I was walking my dog in the park the other day and saw a couple walking by. The guy was doing everything he could to “look cool”. Then I thought, every guy tries to look cool, but each in different ways. What are the different styles of cool? Can you think of anyone you know who’d qualify?

Jock Cool
These are the kids who want nothing more than to wear a team jacket along with a championship ring. They define themselves by their sport and their workout routine. My mind blanked on modern examples, so I went old school on this one.

Nerd Cool
These guys live for the A+ grade. They do all their homework, everyday. They even ask for extra credit to do over vacations. If they’re not solving a problem, then they’re not living. Their self-worth derives from their class rank.

Although Sheldon (from Big Bang Theory) also has geek cool, he mostly defines himself by his ability to outsmart others.

Geek Cool
How many action figures have you got? These guys strive to be big in the popular culture universe of video games, comic books, role playing games, you name it. In fact, these fellas are perfectly happy to invent an alternate universe to live in, so long as there are rolled tacos.

Simon Pegg from the movie Paul believes that aliens are among us.

Party Cool
You know this type. He attends every party (that is, if he isn’t throwing it himself). The more people in attendance, then the higher his social status (even if he hardly knows who they all are).

Robert Downey Jr from Iron Man II. When he’s not hanging out in giant doughnuts, he throws amazing parties.

Counterculture Cool
At best, these guys are original and imaginative. At worst, they simply assume the uniform of “the different”. Generally, if everyone else likes something, then this guy won’t.

Pretty much every movie Johnny Depp acts in defines itself by its desire for a different worldview. He embodies the best of the counterculture.

Skater Cool
This is a subset of counterculture cool. Saggy pants, board in hand, this guy likes nothing more than to ride. He defines himself by the tricks he can perform and his hair gel.

Andrew Garfield as Peter Parker in Amazing Spiderman. Loved how they started him off as a skater.

Smart-Ass Cool
This guy always has a joke or a comeback. He defines himself by how hard he can make you laugh. If you squirt milk out your nose, bonus. 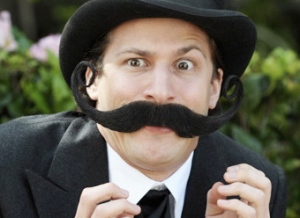 Every style has its uniform and expectations. The goal, of course, is to step outside these molds and discover the real you. Then you have internal cool, like these guys.

The king of cool. From music to film, David Bowie oozes coolness.