Anyone who loves steampunk also falls into the vintage lot. It’s natural. Vintage and retro items just pull me back to a time when things were done by hand. The ornate scroll work and brass give me the warm fuzzies. I even have a board dedicated to this obsession on Pinterest. Then I chanced upon my vintage Valhalla: a blog called Vintage Me Oh My. This site is every retro fan’s dream.

The photo above shows vintage metal locks and skeleton keys. There’s even a double-lock!

The proprietor of this glorious site is one Megan Cummins, a graphic designer from San Francisco. She calls her site “online crack” for vintage goodness. And I’d have to agree. I just can’t stop scrolling through it. 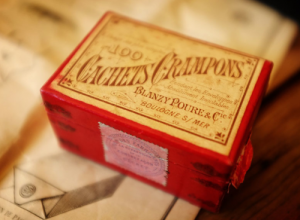 An example of some vintage goods you can purchase through a friend’s site.

Traveling through her blog is like a trip through time. You loose yourself in the things that once were.

There’s a melancholy feeling that wells up inside me when I see these images. Some of them are so lonely and forgotten. Yet there’s warmth too.

These vintage style Ralph Lauren hang tags were found by Workingformorework, who compiled a set of images on their blog.

You may notice that Megan doesn’t photograph these items herself. Instead she finds or solicits stunning pictures from others. She’s a sort of clearinghouse of vintage. Like something, then click over to the original site to view more. 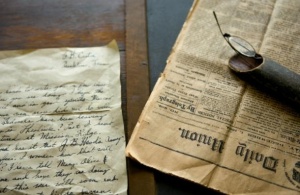 A letter from the Civil War, located at The Carter House in Franklin, TN.

Take a look for yourself and get your vintage fix satisfied.

I discovered Ken Nordine I don’t know how long ago. But he’s addicting. You see, he’s not exactly a poet and much more than a musician. He’s a bard working in the realm of jazz. Yet even that doesn’t do him justice. Well here, take a listen.

Yes, listen. His voice is so soothing, you forget that he’s taking you down a surreal path into the ridiculous and poignant. Most of these (can I really call them songs?) come from a series of albums titled Word Jazz that came out in the late 1950s and early 1960s.

This first song/story, titled “Magenta,” comes from an album I don’t have, yet I love the animation that has been attached to it.

This next listen, “My Baby,” is just plain silly. Many of his song/stories are structured in this way. A sort of confessional as he tells you his secret. He speaks to you as if you’re in the room with him. Look for the twist at the end.

This is one of my all time favorites. It’s called “I Used To Think My Right Hand Was Uglier Than My Left.” Now that’s a title for you. Who wouldn’t be drawn to that?

“Down the Drain” embodies a serene feeling I get when I take a bath. Maybe you get it too. Although I don’t know if my mind travels to all the places Ken’s does.

“The Sound Museum” is just what is sounds like, a museum of modern sound “paintings”. Bizarre, I know, but Ken Nordine pulls it off. Take a listen.

At this point you might be wondering why you recognize his voice. Ken Nordine has such a deep and captivating voice, that he’s done many voice overs and commercials. He was even the coach for Linda Blair in the Exorcist.

When you have a chance, pick up one of his albums, sit back, and let his voice carry you into new realms of thought.

One last find in my treasure trove of 1984 nostalgia: A TV Guide. Remember these? Yup, before the internet, people had to actually look through this periodical to find the shows on, what, ten channels? I remember the great invention of the table (seen below) that showed prime time at a glance. Why not the whole day? Well, because much like today, the shows that ran during the day were talk shows and soap operas (now replaced with talk shows and reality TV). Not very exciting.

I wasn’t a fan of Airwolf or T.J. Hooker. I must have been doing other things on Saturday nights. This would make me 12 going on 13 at the time. Middle School reading or playing video games.

Now I was totally addicted to Knight Rider (the remake was nowhere near as good).

For those of you who recall, Quincy was the early 80s predecessor to CSI. Loved that show.

Another must watch for me was A-Team. I know some people might be thinking, why did you have to choose? Why not watch A-Team and Nova? Although there were VCRs, the ability to record from one channel and watch another was beyond us.

Another great find was the Carol Burnett show at 7:30. I’d still watch this if it were on. I guess I should troll YouTube. 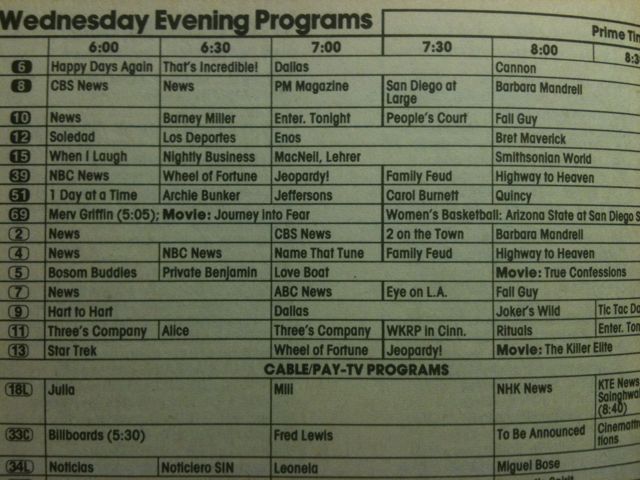 There wasn’t much on Wednesday that interested me. Sure I tuned into Family Feud or Carol Burnett. I could never get into Highway to Heaven. Too schmaltzy.

Here you see the birth of NBCs fabled “Must See TV” on Thursday’s. Friends would be about a decade later, but the network dominated the slot with the Cosby Show. I however, sometimes did time with the Dukes of Hazzard.

Long before the dominance of X Files on Friday’s there was V. Such a great series. And so painfully 80s. I mean the aliens even had shoulder pads.

Hope you enjoyed your tour of early 80s TV.

In the spirit of a New Year’s cleaning, my wife went through some boxes in the garage. Lo and behold, it turned out to be a time capsule. Specifically, 1984. Plenty of magazines. Here are some snaps of People. I noticed that every other ad was for cigarettes or liquor. Guess People readers liked to drink and smoke.

Check out those jeans.

You have to love the totally “natural” poses they put this Wrangler lady in. I especially like how she’s calling the little leaguers out. 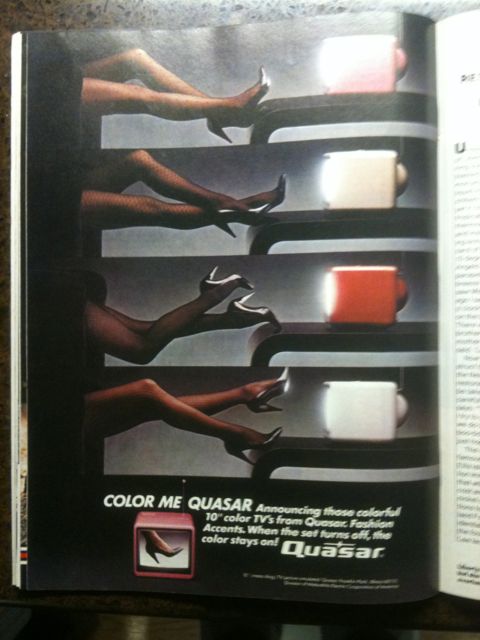 Apple did not invent the multicolored appliance

I guess we can thank Quasar for the idea of having electronics in multiple colors.

One of many cigarette ads. Mostly aimed at women. 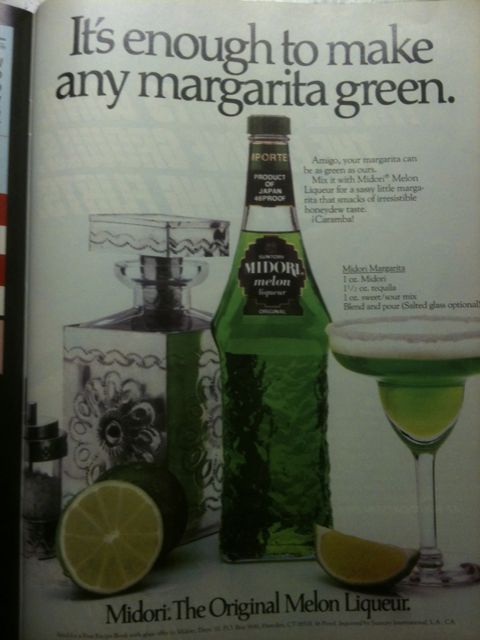 And plenty of hard liquor

My guess, People must have had a target audience of bars. 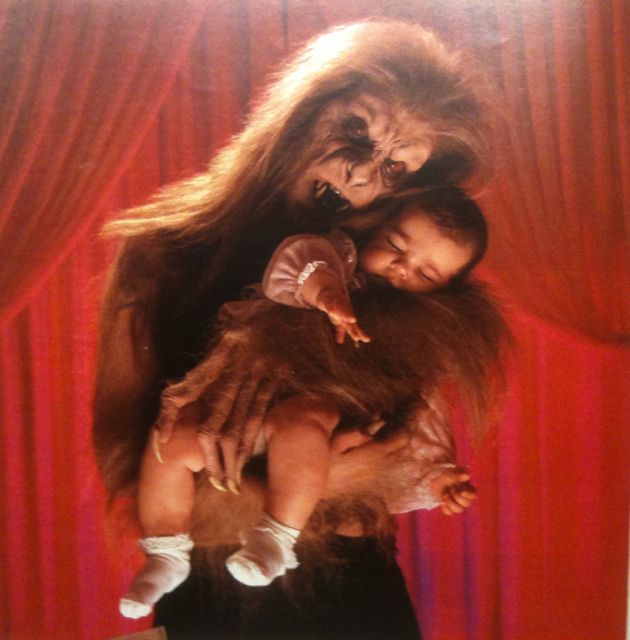 This was actually from Life, but I had to include it. A pic of Ozzy Osborne in make up.

This kind of puts the whole 80s in perspective. Lots of things to miss, but plenty I can do without. Like those Wrangler jeans.