Could you tweet a demon? And would it respond? Perhaps if you added some appropriate hashtags and emoticons. I often wonder how technology affects things like magic and how we can transform the old into the new.

I have to say, after only a day of downloading the vine app for iPhone, I am thoroughly addicted. Not heard of vine? Neither did I until I saw it in Wired Magazine. Vine is an app that lets you share 6 seconds of video on Twitter. At first I thought it might just be a video version of Instagram. But no. It’s far more.

It was the stop-motion animation aspect that brought it home for me. The interface is do simple, it’s ridiculous. Touch and hold the screen to record. Remove your finger to stop. So progressive taps will yield stop motion. Here are a few of my endeavors.

First I just wanted to animate something. I grabbed my daughter’s LPS and animated it into my coffee cup. Not terribly great, but it got the job done. Click link to see.

Next, I planned to drain my coffee cup of liquid to reveal a surprise. I call this Jaws coffee. Click link to see.

Finally, I thought about what would happen if I could turn my hand completely around. A trick I’ve always longed to do. Click link to see. 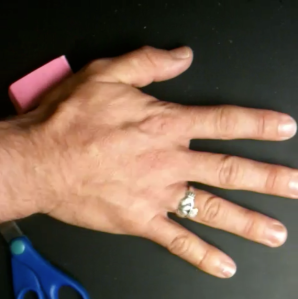 I accomplished nearly all these in about 20 minutes. Plus, now I’m constantly thinking of how I can do more. My mind’s stuck on Vine. Help, please.

Lately life has intervened to tangle up my clockwork appearance on Twitter, Facebook, etc. Pressing issues with real people have usurped the time I typically would have spent scrolling timelines. So why do I feel guilty about it? I mean social media is about socializing. That means talking and interacting. We should be able to turn off the computer and do it the old fashioned way, right?

As I think about this, various emotions ricochet through my head. Anger at those who wouldn’t understand my disappearance from the virtual world. Frantic fear over a schedule that is purely self imposed.

These last few days have given me a much needed reset. Real life matters. Virtual life is great, but it has to take a backseat. Think about it. You can vanish from the online world for weeks or months and pick up where you left off with few consequences. Try that with your real flesh and blood companions. Not the same. Not at all.

We writers like to stay up on the whole social media thing. I tweet and blog. Inevitably, I knew I’d have to check out Google+, the newest shiny network on the block. I can’t say I was bowled over.

On the surface, the circles function of Google+ seems like a superior solution. Yet there’s something to be said for Facebook’s simplicity. On Google+, I needed to move all my friends to circles. I’m not sure what would happen if I had more than would fit in that little circle. Now on Facebook, I have close to 100 friends. If I could port these over to Facebook, I’d have to manually move them into circles. What a pain.

One strange limitation about Google+ is that you can’t direct message someone or write on their wall. When I wanted to send a message to just one friend, I had to remember their exact name and then add that to my post. Plus, my message would simply appear in their stream. It could get lost.

Folks say Google+ will take down Twitter. Frankly, I don’t see it. Google+ feels too cold and logical. Everything is thought out. Twitter is funky. It has this bizarre system of hashtags that doesn’t follow any rules. Just like the English language, it evolves. I couldn’t imagine Google+ used as a revolutionary tool in countries around the world.

My final complaint with Google+ is the lack of a good iPad app. Without it, I can only access the mobile site. Have you ever seen the mobile site? It feels like I’m working on a computer terminal circa 1985. Almost DOS like. It’s horrific. And this is the best Google can do? I know that Apple is their competition, but if they want to woo users over, they have to jazz up the joint.

The myth of the author has him (or her) hunkered down in front of the keyboard, toiling away on the great American novel, working hours on end. A pile of crumpled paper accumulating around the trash can.

The reality is a bit more like Jack Torrance from The Shining. That author, embodied by Jack Nicholson, became so engrossed in his work that he typed the same thing over and over again. And we all know how that story turned out.

An author needs a deep well of willpower to shove aside distractions like Twitter and email and carve out time to write. What few writers realize is that the supply of willpower is not infinite.

A study by Princeton neuroscientist, Dr. Wang, found that willpower can be drained and regenerated. Tasks that require a lot of mental effort, like exercising or paying bills, can leave you drained.

Have you ever sat down to write only to find yourself ready to give up before you even start? The problem might be a sapped willpower.

Dr. Wang illustrated his point with “The Radish Experiment.” A group of college students were presented impossible puzzles to solve. Beforehand, one third were given radishes to eat. The second third were given cookies. The last third were given nothing to eat. The radish group gave up after 8 minutes. The other two groups lasted twice as long. Why? Because eating a cookie, or even eating nothing, required no willpower. They arrived at the puzzles with a fully charged battery.

Apparently, eating radishes eats up a big chunk of your fortitude.

The Oreo Method
Here’s the trick to maximizing your willpower: Oreo. Do some challenging work, then play and relax, and then get back to work. So what this means is that little stint on Twitter you’re beating yourself up about, might actually be beneficial. My favorite willpower rebuilders are my daughter and my dog. Nothing relaxes the mind more than creating a Lego tower or petting a dog with it’s head nested in your lap. As tempting as it is to grab my mobile phone and squeeze a little work in, I resist. I need this downtime to recharge.

If you do plan on an extended writing session, don’t do a mentally taxing activity directly beforehand. And don’t confuse fun with easy. Running or exercise usually requires willpower because you have to get off your ass to make it happen.

Likewise, those so-called guilty pleasures require no willpower to do (on the contrary, they suck up the willpower to stay away). So indulge in a cookie or a little Starbucks. It just might be the boost you need to go that extra mile with your writing.

After all, you don’t want to end up like Jack…

All work and no play makes Jack a dull boy.